New York is much more than bunch of skyscrapers!

One of the good things that can happen to you in New York is the unplanned. As a girl for the first time in a big city, logistical mistakes can happen: instead of the R local to Manhattan, I’m catching the N express, which takes me a few stops further than I planned, so I get lost in the metropolitan madness, simply because I had to run into the Tony Shafrazi Gallery with a setting by David LaChapelle: Awakened! The latest series of photographs by David Lashapel, inspired by the biblical narrative of the Great Flood, where Lashapel injects the apocalyptic! I marked the gallery as my favorite, so I visited it again the following summer where this time LaChapelle had the iconic Auguries of Innocence series and I have to admit it was my favorite because he created perhaps the most original celebrity portraits and expressive scenes that reflect, expose and comment on the “cult” of the person, the perversion of popular culture, the tabloids of vanity and gluttony. Hot damn!

By the way, there are plenty of existing galleries in the city. Plenty!

My brother, one of the reasons for the frequent visits to the city, who has lived there for over 15 years, one afternoon, nonchalantly whispered to me that we will be part of the audience (for which there is a waiting list BUT it’s worth it) on Late Night Show with Conan O’Brien. I’m certainly fainting because we’re going to the NBC studio at 30 Rockefeller Plaza, where, among other things, a ton of TV series I’ve watched or I was watching were being filmed, and plus we were going to visit Top of the Rocks, the top on the Rockefeller skyscraper where on the one hand we will admire Lower Manhattan with the Empire State Building and on the other hand the beautiful green scenery of Central Park (a little architectural experience is good for the soul), and of course in “live” to follow the silly Coco.

Following the protocol, we entered the large studio. Everything was already set up properly and the production assistant explained the rules briefly, to begin shortly with the countdown and appearance of Conan followed by a bunch of jokes. Guests: Alicia Keys, Russell Crowe & the band Death Cab for Cutie. Visit to remember why, because Coco was hilarious, joking at his own expense, had a band whose rhythm further contributed to the house madness and stars who communicated with the audience – along the Australian line, two people from the audience sat down next to Russell even though I was shouting at him to pick me! (For those who do not watch the late night shows, Coco is unfortunately no longer part of NBC.) 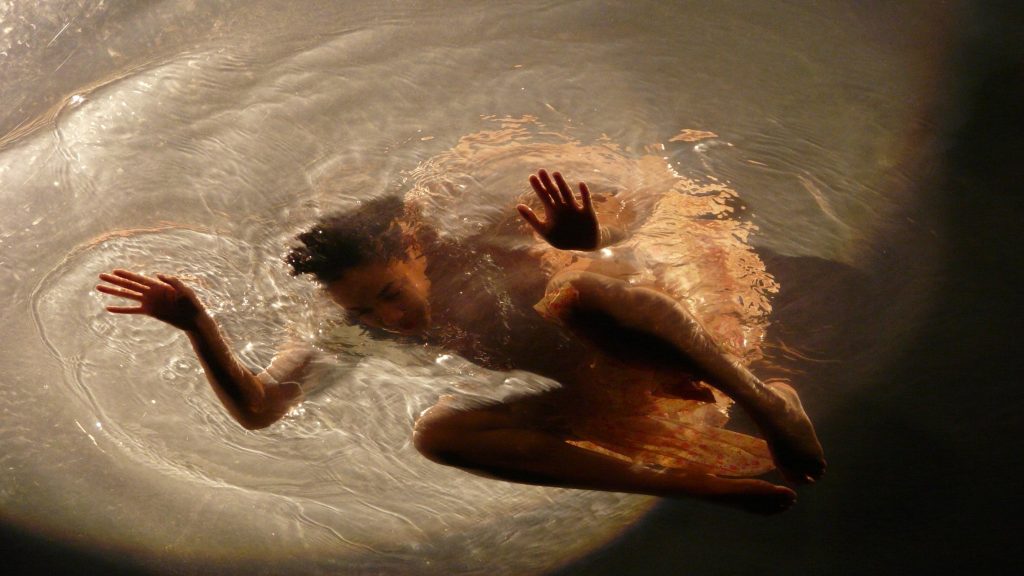 I will not list all the museums and galleries that exist in New York, each is a story itself, and I have visited a lot because as a student in America for work & travel, pay as you wish or the days when it is free, it something I cared for, in my time of exploring the city. And you will honestly get bored with the enumeration, not for anything else, it was too much for me on the last visit, so together with my husband and daughter, along the line of the respected Anthony Bordain we said: there is Guggenheim, now, let us sit down, to eat, to try something new and enjoy ourselves.

The Met – Metropolitan Museum, the Museum of Art, which I must admit that with each visit, I discover a new wing, not least because the museum has so many collections of works of art spread across 19 sections. They have from classical antiquity and ancient Egypt, to the modern world works of famous masters. Since its inception, Met has always sought to be more than a treasure trove of rare and beautiful objects. Every day, art comes alive in the Museum’s galleries and through exhibitions and events, discovering new artistic and cultural aspects.

And the large area, visited with my friend Elena, we met Yassin (we worked together in an amusement park in Florida), that we haven’t seen each other for 2 months, to end the conversation: “Yasin, did you pass by Union Square yesterday sitting in a front sit of a car? Aaah yeah, I went to a Madonna’s concert! ” Okay, guys, don’t be surprised. New York is the capital of the world, it is soooooo big and you still have the chance to see the same person twice in a row. True that!

The conversation led me to something else. Madonna’s concert. Something I regret most in the world because it was The Confessions Tour, something that sold out in the blink of an eye, and I missed seeing one of the Queen of the Pop’s best albums. But I found a way to treat myself. Bjork – The Volta Tour! Of course purchased tickets on time, by getting up early in the morning and refreshing the ticket master page with a slight panic. Ok, so the concert is coming, it’s taking place in Madison Square Garden, I’m a little confused because it’s a sports arena for the New York Rangers and New York Knicks, but also for concerts – what a sound system! It is not in vain what they say about the arena: “The unforgettable starts here”. And rightly so. Bjork concert was one of the best I have ever visited and enjoyed. Bjork’s impulsiveness with the mixture of electronic rhythms, the sounds that echoed through the arena as if we were next to her on stage … guys’ sparks were flying out of me!

Christmas is the most magical day of the year. I agree, but for New York it’s not exactly like in the movies. 🙁

The Rockefeller Center with the Christmas tree and the skating rink and plus some parks decorated, in reality the neighborhoods in Brooklyn and the Bronx are the most decorated for the New Year! But what I wanted to say: Lincoln Center, home of the New York Philharmonic, the Metropolitan Opera, and the New York City Ballet, the Holy Trinity.

The New York City Ballet has a repertoire of Tchaikovsky’s “Nutcracker”. It must be seen at all costs, because “The Nutcracker” is one of the most complex theatrical, staged ballets in their active repertoire. The popularity of ballet is huge. I search to find out the exact number: 90 dancers, 62 musicians, 40 scenographers and more than 125 children, united together, with all their might to make the performance as magical as possible.

To this day I remember the performance. What scenography, what costume designs, what energy that kept us going for the next few days. The performance ends, people smile, play ballet, the magical moment is shifted. We are provided with an unforgettable holiday spark. The Rat King toy was also purchased, for which my brother frowned that it costs as much as the average meal for three grown ups in the city, for which I replied but it’s nice to have it. Yes, The Rat King is the leader of my daughter’s sleeping squad!

George Frideric Handel with “Messiah” was seen at the Philharmonic. I will not linger long. My husband is still mad at me for allowing myself to fall asleep at a cultural event. Let’s be clear. To walk 15 km per day as a tourist is not a joke. Second, half the hall slept as part of the tradition of waking up by jumping for the Hallelujah singing part. I appreciate and respect the traditions! 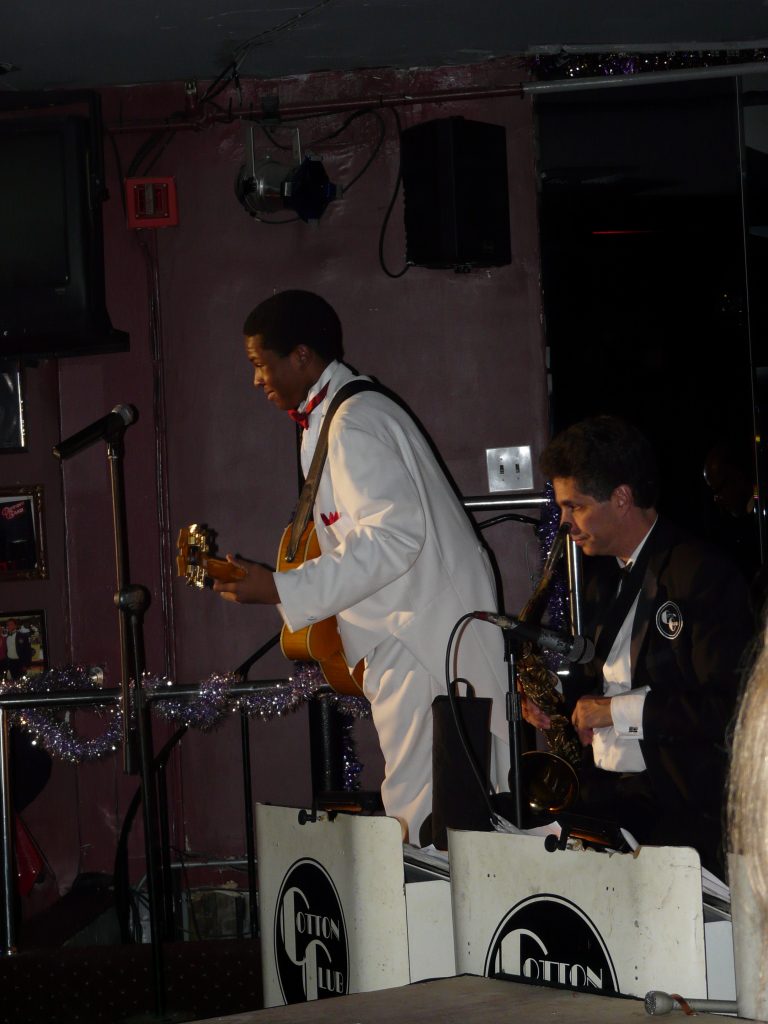 As a fan of jazz & blues, New York is a great scene for club visits. I will dwell on just one, part of the city’s tradition, the iconic Harlem Cotton Club, open since the time of Prohibition, an era of a club through which numerous stars from Duke Ellington, Chuck Webb, Louis Armstrong, Billie Holiday, to George Gershwin, Sophie Tucker, Judy Garland and others. A real gathering, it is not an ordinary dinner, where the band plays perfectly and completes the stage of the young, then seventeen years old, the talented Solomon Hicks. Dressed in a white tuxedo, energetic, he additionally shines with his playing and singing. Everyone in the audience in a good mood – people singing, people dancing on the podium, from young to old, I have experienced the Cotton Club in the full glory!

New York is amazing. I wish everyone has a chance to visit the city. At least it enlightened me. It always has something to offer from a cultural, audiovisual and entertainment aspect, there is something for everyone.

I managed to tell you only a part of my New York experiences. For the rest, maybe some other time, we will sit down and have a chat with cup of coffee.

Finally, I will make a tribute to my friend Rac, upon her arrival from California, she took me to Central Park, to find the cafe from Friends. A-ha. Although I convinced her that it was just a set for the series, she asked a kind woman which politely replied: “Oh honey, Central Perk Cafe does not exist”. Extremely disappointed, I did what any good friend would do. I took her to a baseball game, Mets Vs. Cardinals, where a hot dog with Budweiser was consumed, having no idea what was going on down the field.