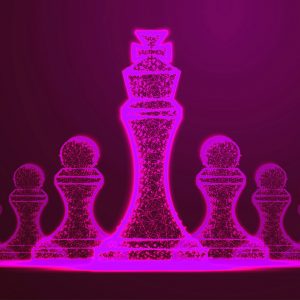 The chess pieces stood in their place, got their title and started moving … the bishop diagonally, the rook forwards, backwards, left, or right in a straight line, the underestimated pawn that can save you at the last moment, only the knight can jump over other chess pieces, the king that everyone protects and the queen … the most important and powerful chess piece that many agree that if you lose her it is as if you lost the game.

One such QUEEN who has attracted all the attention in the world is the charismatic actress Anya Taylor-Joy who plays the leading female role Beth Harmon in the popular mini-series “Queens Gambit“. The cast of the girl is spot on, if they wanted to give a huge emphasis to the main actress, they definitely succeeded. Big dark brown eyes that completely overwhelm you, an unusual face and the director’s decision to make her redhead makes her even more impressive.

As for the story, those who have played or are interested in chess surely know of the famous rivalry between Bobby Fischer (my favorite chess player) and Boris Spasski and it is clear that the whole story in the Queens Gambit is actually based on this rivalry only in this case Fischer is represented by Beth Harmon and Spassky by Borgov.

The mini-series itself touches on various topics, such as the main female character’s obsession with chess as a result of the sense of security that the game gives her and the substitution for the emptiness and loneliness that Harmon feels after losing her mother, as well as the need to prove herself in that male world as an equal woman or QUEEN that checkmates all KINGS. The fight with her inner demons and the fears she suppresses with addiction, the loss of another female figure – stepmother in her life. Moments that everyone can relate to.

Something I really liked was the way it was put together, the way it gave cause and effect and the feeling of tension during the tournaments.

It is not really worth all the hype that gets, but it is definitely a seven-hour delight that you will watch in one day and never rewatch it again.

And if you are interested about the chessboard that stood above the sofa in the living room, now it stands on my desk.