„The film is an emotion” 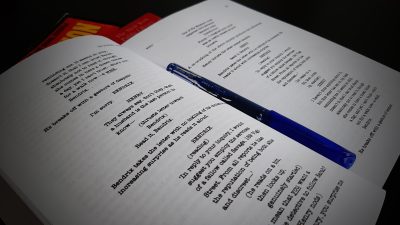 We know that film is not a natural science and the same general rules and laws do not apply to every film. If it were natural science, then every movie would look the same, all the stories would look like each other and only one universal truth would rule the world. Fortunately, this is not the case. However, statistics as an analytical form can be applied to film production, in order to see some results of interest. The premise says that a good script, in a large percentage of cases, results in a good film. This simply means that it is very important to have a sound and dramatically structured script on which the story is “modulated”. Next, the next step is for that script to be recognized and well read by the director, to finally get a quality, visual product. A poorly written script, which at the same time does not mean a bad story, but an incorrectly conveyed story in film language, can be realized in a good film, but also there is a tendency that the end result can be only visually appealing, but very easily fail in dramaturgy. This means that the audience will enjoy the visual aspect of the film, through well-structured footage, professional acting and perfect sound, but in the end it will simply be difficult to tell the story itself. The exceptions are not surprising and there are many examples of large discrepancies between different stages of production. Well-written scripts, which tell even better stories or ideas, end up in “obscene” quality films and are torn apart by critics because the director has never invested enough to visualize the script as intended. On the other hand, there are many poorly written screenplays that have been produced in many successful films.

From the clash of ideas between the two philosophers, Plato and Aristotle, arises the dilemma of the idea and its perfection. Is there only an idea as opposed to everything else, so the material and the spiritual are only copies of the idea and only it can be perfect, as Plato claims. Or the opposite of Aristotle’s thesis, that the idea is only a picture of nature, but processed through the process of cognition and thinking, in a new form never seen before. If we make an analogy with the film, we will ask ourselves whether the idea as a “prehistoric” form of the film, long before the film takes the form seen by the audience, is original, or the idea of ​​the film is the result of previous knowledge and image of what the authors knew it before, but also the audience that witnessed the final product. It is when the film is in its infancy and it emerges as an idea or inspirational story that appeals to directors and producers that there is a real need for a proper approach and writing of that story in a structure appropriate for a film script. Otherwise, the story will remain “floating” on uncertain grounds and will sink into the poorly established connection between the story and film language.